History of the New Theatre

God bless this house. May it be the nurse, the feeder And the moulder of the Soul of Cardiff.  Speech by Mr Herbert Beerbohm Tree after the opening performance at the theatre in December 1906. 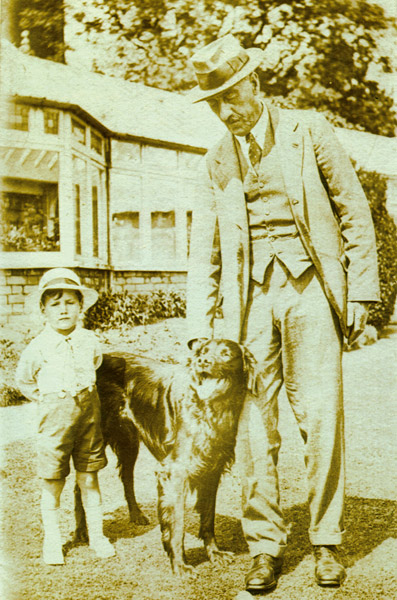 A contemporary description of the theatre

The building is of brick and Bath Stone. Seating accommodation is for 1,570. Principal elevation is to the south-east; the lower portion around the chief entrance is of Bath Stone…the top of this elevation is surmounted by two towers, which are utilised for ventilation purposes, and rise in height to nearly 50 feet above the pavement…

Inside, both the corridor and staircase are richly carpeted, and are draped at the entrance; brass handrails being fixed at the sides. Each Portion of the House is provided with a spacious Saloon Bar; these for the Dress Circle and Orchestra Stalls being handsomely decorated…special mention should be made of that for the Dress Circle, which is immediately over the Crush Room and which, like it, is circular. The mural decorations for this, which are cream and gold, are extremely tasteful. The Dress Circle, Orchestra and Balcony are all furnished with tip-up seats, luxuriously upholstered in crimson velvet…

The stage is one of the largest in the country, being no less than 76 feet in width and 54 feet in depth, while the height of the stage to the grid where the pulleys work is 57 feet. In only three or four of the very finest London theatres is there a larger stage…The 17 dressing rooms, all are fitted with hot and cold water, electric light, gas etc… 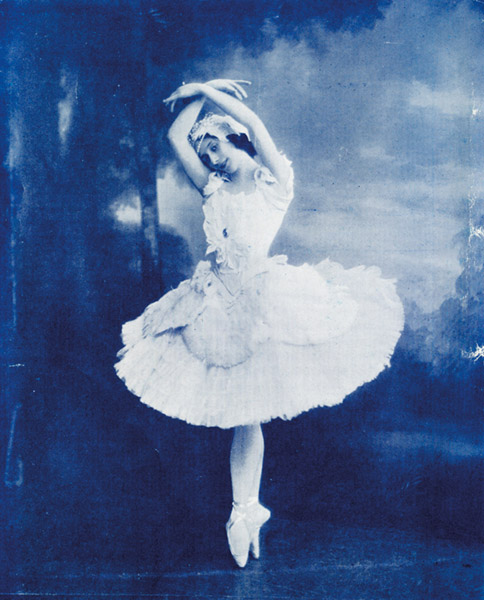 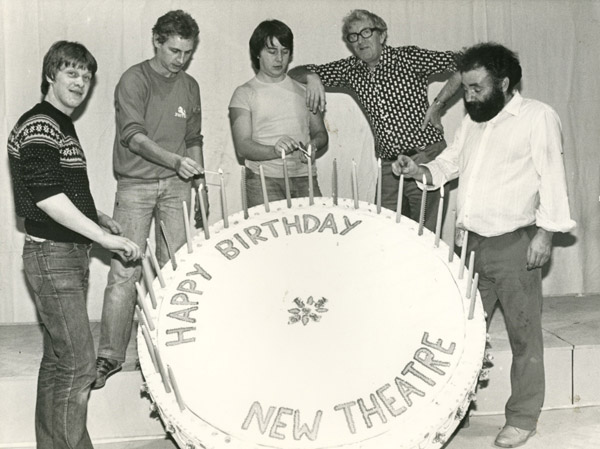 On the whole, however, the early 1980s mean fluctuating success for the New, reflecting the economic conditions in the country and the dearth of good drama available. Some of the standouts from the period include Rattle of a Simple Man (John Alderton and Pauline Collins), Deathtrap (Gordon Jackson), A Coat of Varnish (Peter Barkworth and Anthony Quayle), Quartermaine's Terms (Michael Williams), Barefoot in the Park (Peter Davison and Sandra Dickinson), Amadeus (Keith Michell) and Children of a Lesser God (Elizabeth Quinn).

1985 Judi Richards is appointed General Manager of the New; her association with the venue is a long one as her grandfather worked on its construction!

1986 Welsh National Opera premieres Verdi's Otello and performs Wagner's Ring Cycle in its entirety for the first time ever in Wales.

1988 Theatr Clwyd brings Alan Ayckbourn's A Chorus of Disapproval to the New.

The Peter Hall Company tours Orpheus Descending with Vanessa Redgrave; the production subsequently goes on to the West End and Broadway. 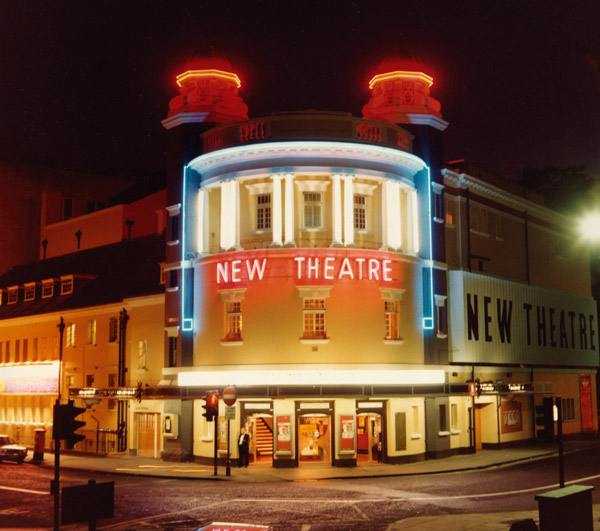 J B Priestley's Time and the Conways features Joan Plowright, Julie Kate and Tamsin Olivier, and is directed by Richard Olivier.

The National Theatre's Richard III stars Ian McKellen (who had previously appeared here as Edward II and Richard II in 1969 and as Hamlet in 1971).

1991 An Evening With Peter Ustinov sells out for a whole week.

1993 This year's pantomime, Snow White, marks a return to the stage for Marti Caine.

1995 Vanessa Redgrave returns to the New in Shakepeare's Antony and Cleopatra.

1997 Cardiff East by local playwright Peter Gill is presented in a special visit from the National Theatre - the only venue outside London to see the performance.

Maggie Smith appears here in Edward Albee's A Delicate Balance (she is also a returnee, having played Desdemona to Laurence Olivier's Othello in the late 1960s).

1998 The first Youth Dance Summer School enables young people throughout South Wales to work with professionals for a week, culminating in their own production. This is an Education Outreach project that is still running.

Robert Lindsay is Richard III in the RSC's touring production.

2000 Clwyd Theatr Cymru brings Welsh writer Alexander Cordell's powerful trilogy to the New and all three plays are performed in a single day.

The first ever BBC Radio 2 Voice of Musical Theatre Competition is staged here and won by Laura Michelle Kelly, who goes on to appear in Mary Poppins in the West End.

2001 The National Theatre brings its controversial production of Mother Clapp's Molly House to the New.

The Play What I Wrote, with its original cast, comes to Cardiff, prior to its Broadway transfer - the mystery guest star here is Charles Dance.

The New Theatre takes part in the first ever Cardiff International Festival of Musical Theatre.

2003 BBC Singer of the World branches out into the New Theatre.

2004 Wales Millennium Centre opens to complement existing artistic provision. Welsh National Opera makes its final appearance before moving to the Millennium Centre. It is almost 50 years to the day since the company first appeared at the New Theatre.

Wales Theatre Company perform a Shakespeare trilogy in a single day on the final day of their run.

The New Theatre continues to thrive, recording even higher figures than previously

Christopher Eccleston and Billie Piper, with Simon Callow as Charles Dickens, film part of the Doctor Who episode The Unquiet Dead at the New Theatre (screened on television in spring 2005).

2005 Robert Bolt's A Man for All Seasons starring Martin Shaw visits the New prior to the West End.

Wales Theatre Company's production of Hamlet is, on some nights, performed in Welsh.

2006 A major refurbishment of the exterior of the building prior to celebration of the New Theatre's 100th birthday in December.

Cardiff premiere of CATS runs for 4 weeks in the summer.

Rock legend Brian May of Queen makes a surprise cameo in Hello, Dolly! on 21 June.

2009 The New Theatre hosts the Cardiff auditions for Britain's Got Talent.

The original cast of Calendar Girls play for a sold out week in March ahead of their triumphant West End opening.

Robert Redford, grandson of the theatre's founder, pays a visit to see Singin' in the Rain in March. He also donates his family's archive of cuttings and playbills from 1906 - 1935 to the theatre.

The return of John Barrowman in the Robin Hood pantomime results in a new box office record.

2010 In May the new National Theatre Wales company perform the world premiere of the uncut version of John Osborne's long lost first play, The Devil Inside Him.

In October the theatre stages a special one night concert to remember the late Olive Guppy, whose Olivettes appeared in over 30 pantomimes.

2011 Susan Lewis steps down as Theatre Manager in January after 12 years in the post.

The theatre goes 'dark' for 14 weeks to install new Upper Circle seats, a customer lift and repaint the auditorium

Felicity Kendall and Simon Callow team up for Chin-Chin

2014 The Full Monty plays ahead of its West End run

Lorna Luft appears in The Songbook of Judy Garland, a tribute show for her mother.

After the huge success of the 2014-15 pantomime Cinderella, the New Theatre takes the unprecedented step of bringing back 6 cast members for the 2015-16 show, Aladdin. The returning stars are Linda Lusardi, Mike Doyle, Gareth Thomas, Andy Jones, Sam Kane and Holly Bluett.

2016 Sirs Ian McKellen and Patrick Stewart are joined by Owen Teale and Damien Molony in a pre-West End run of Harold Pinter's No Man's  Land, which plays to huge acclaim.

The Rocky Horror Show appears twice within the year due to public demand.

2020 New Theatre is closed for 18 months due to the Covid19 pandemic - the longest closure in its history.

2021 New Theatre reopens under the management of Trafalgar Entertainment

2022 The theatre embarks on a refurbishment programme - the first since 1987 - partly funded by the proceeds of the Sir Ian McKellen 80th birthday benefit performances. 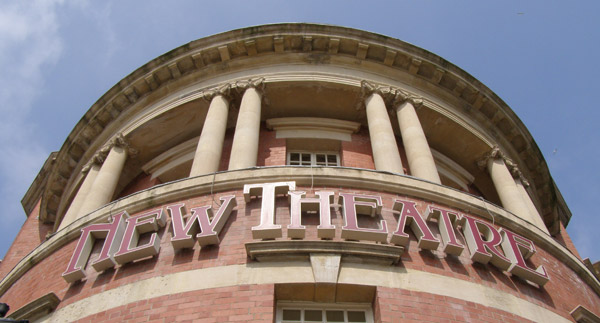